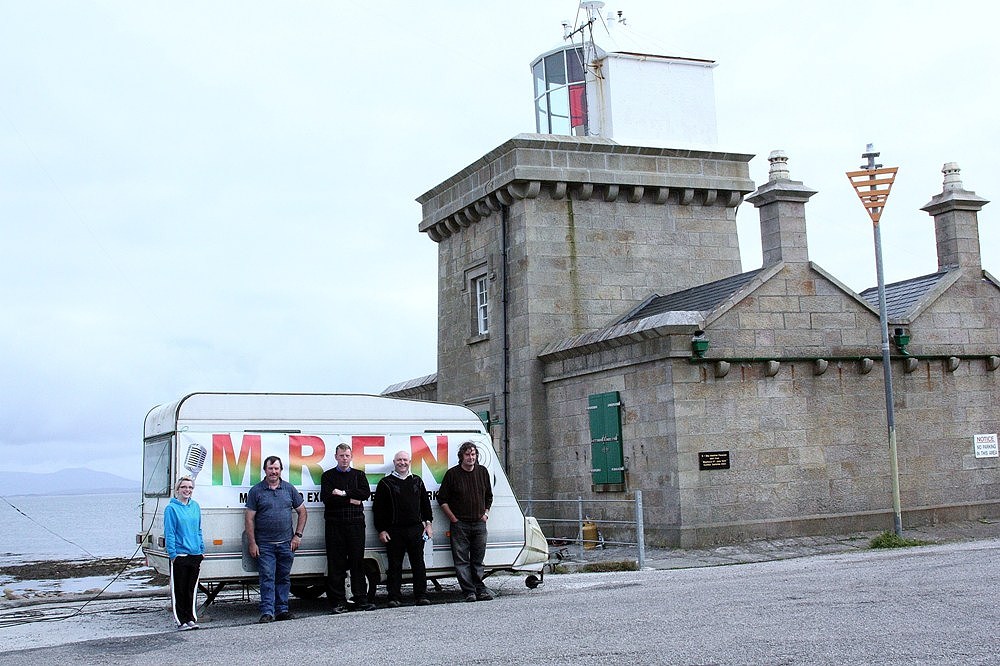 The Mayo Radio Experimenters using the call sign EI7MRE/P activated the Blacksod lighthouse IE0008 which is sited on the North West coast of Mayo. This was the first time that this lighthouse was activated for the lighthouse/lightships on the air event!

On Sunday morning 21st August at 6.00am the Mayo Radio Experimenters portable group, set off for the Blacksod lighthouse on the mullet peninsula on the North West corner of Co Mayo.

Jimmy EI2GCB had researched the location some months previous, from memory of being there over 20 years ago, he remembered it would be the only lighthouse around our county that would be easy to access, by road and have enough ground area surrounding it to set up some antennas.

Jimmy contacted the Irish lights about the use of the lighthouse for the occasion, and Kevin VK2CE from  www.illw.net to obtain a lighthouse number because it had not been activated before. IE 0008 was allocated to it.

It did not feel right heading off with tower in tow and meeting a large number of my friends at the end of the road waiting for Corrduff’s bus! They were going to the Mayo v Kerry, All Ireland Semi final in Croke Park. (Well we know what happened there!!!). About an hour and half from leaving home we arrived at our destination to be greeted by some inquisitive fishermen, who were going to take advantage of the shoals of mackerel in the bay, which was evident outside the lighthouse from the amount of dolphins and sprat in the water. Shauna EI1588 and myself EI9JA arriving ahead of Jimmy EI2GCB and Domnic EI9JS who had the shack in tow, they had about half hour travelling to do more than I from Jimmy’s qth. 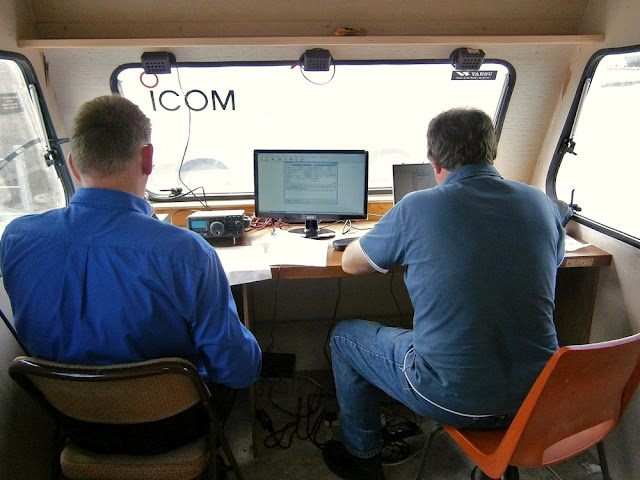 We were lucky there was a perfect location for the occasion, the sea both sides, lamp posts, high trailers, steel railing and a concrete base around the lighthouse to setup our wire antennas. John EI3JM arrived as we were putting up the tower with antennas which were, a “doublet for 80m & 40m”, a “Carolina Windom for 80m – 10m” and a vertical, “Imax”. 80m was active but 40m was crowded, we edged our way onto the 40m band and soon having pileups for the new activation, when stations spotted us on the cluster. Thanks to Sean on the 40m IRTS news, he took us first from the bottom of the list to allow us to explain our location and event to other amateurs who may wish to work lighthouses, locator and WAI Square (his help was gratefully appreciated). 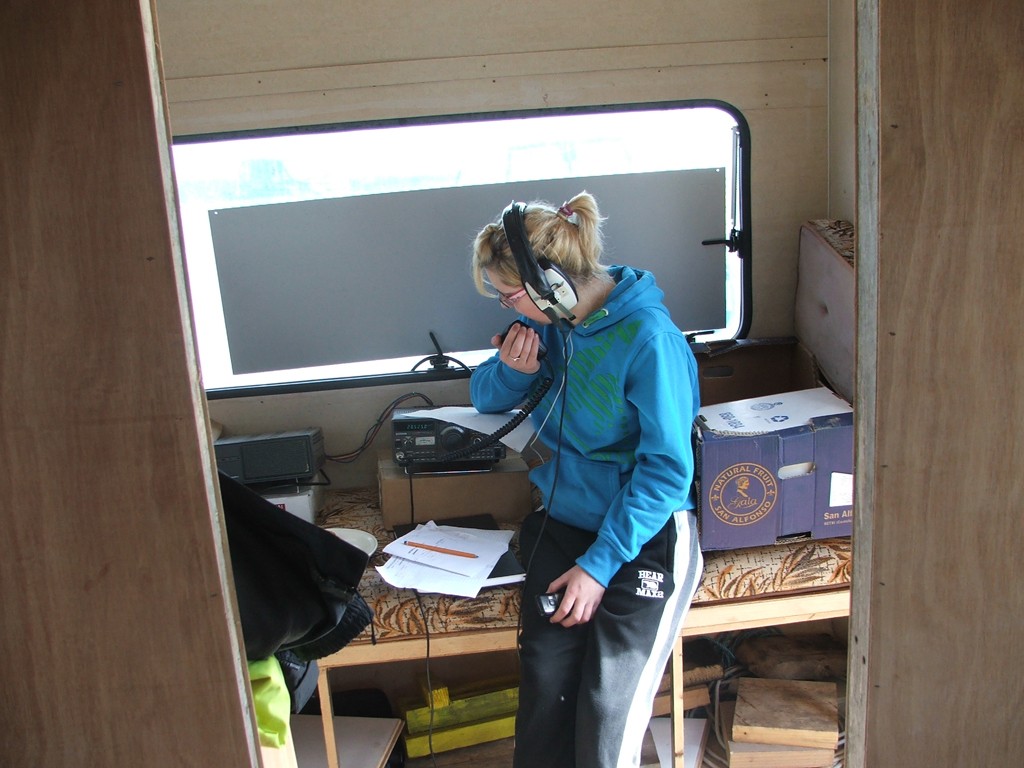 By this time we had two stations set up, and we were ready for breakfast. Jimmy never fails! He had brought along a box, full of supplies of food fit for a banquet, he had to set up the breakfast cooker to boil the kettle and cook the rashers and sausages, along the sheltered side of the lighthouse (there is no such side of a lighthouse along the sea!!) because I had setup our second station on the cookers worktop, attached to the vertical, (that turned out to be a gem).

The setup and commotion outside the lighthouse drew the attention of the neighbours, including the lighthouse keeper Vincent Sweeny, a job held by his father Ted before him who incidentally issued the weather forecast that helped to decide the D Day Landings in 1944. Vincent was very interested in the event as he has a good knowledge of radio and electronics, he looks after the tower here because there is a helipad on site for a helicopter to work from, when servicing other lighthouses in the area. Vincent, a gentleman, was kind enough to offer the facility’s of the lighthouse for our convenience, (thanks a million Vincent!) at least we could use their electric kettle to boil the water, the rest of the cooking for the day was done in a barbeque under a trailer (Yum! how delicious that was).

As it was not a contest, it was all very relaxed and there was lots of time to talk to visitors who called to see what was happening, with the door of the lighthouse open we could accompany people inside to see how such a bright light can come from a small bulb!

David EI3ECB and his xyl joined us for a few hours, until they had to go watch the match (nephew playing) at 3.30pm. With a couple hundred qso’s in the log from all across the world worked it was 8.00pm, (too late now Jimmy you won’t be home for 9.00pm to read the club news!!).

Being careful with the taking down of the antennas is as important as putting them up, because the same twist or knot will be in the wire on the next occasion at setup!!, all gathered and packed securely into their boxes we were rolling on our journey back home.

This day proved to be the most enjoyable day ever we had out as a portable station, following rain during setup in the morning, the weather turned out to be a beautiful sunny day. We were tired but very happy after the long day, pleased to have had lots of visitors, lots of QSO’s, and a great time on radio.