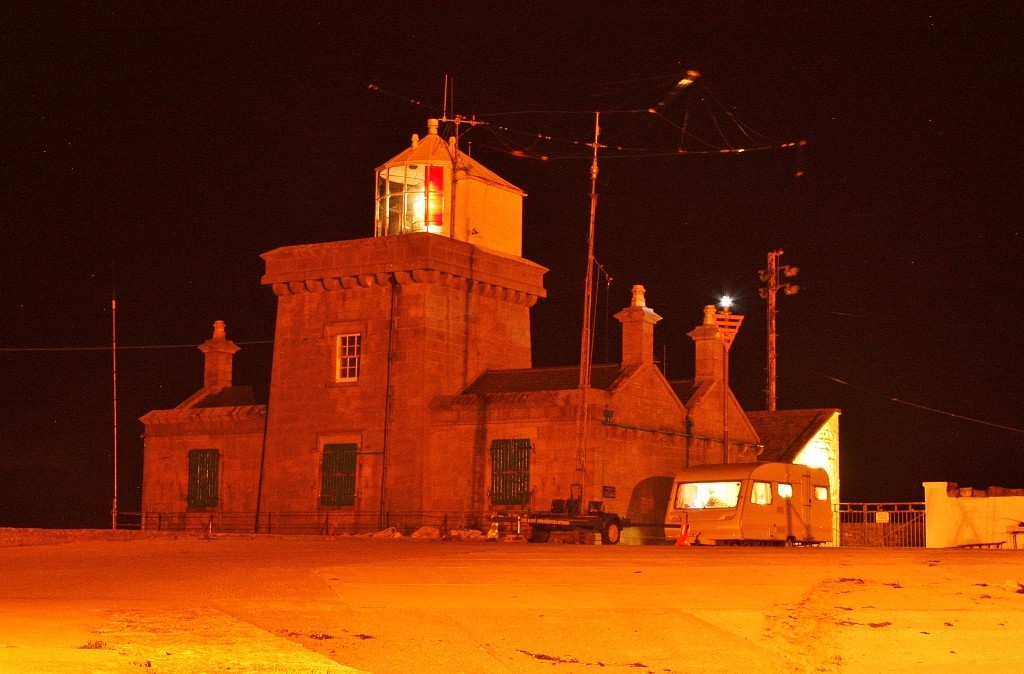 Blacksod Lighthouse was built in 1866 and is located on the pier at Blacksod on the mullet Peninsula on the Northwest coast of Co Mayo. It was built in its entirety from red granite sourced locally and is only one of two lighthouses in the world of square construction. The location of Blacksod Lighthouse is 54° 05’ 09” N, 10º 03’ 06” W. The Lighthouse is now automated and is maintained by Vincent Sweeney.  Blacksod has a helipad for the rescue helicopter and the service crews.

Blacksod became famous in history because of the weather report, given by Ted Sweeney, on the 4th of June 1944 from the Lighthouse which influenced the deferral of the D Day invasion of Normandy by one day.

The 15th and 16th of August this year was designated as International Lighthouse and Lightships on the air weekend. The event is always held on the 3rd  full weekend in August starting at 0001 UTC on Saturday and finishing at 2359 UTC on Sunday. The basic objective of the event is to promote public awareness of lighthouses and lightships and their need for preservation and restoration, and at the same time to promote amateur radio and to foster International goodwill.

Three members of the Mayo Radio Experimenter’s Network, Dominic EI9JS, Jimmy  EI2GCB and myself Padraic, EI9JA, set out for Blacksod early on Saturday morning, caravan and mobile tower in tow, weather for the weekend was promised fine so we looked forward to the event.

When we arrived we set about assembling the antennas and setting up the shack in the caravan, of course the barbecue was put on and was heating up while the work went on.

A spider beam and 40/80m nested dipole were attached to the tower and a six-meter yagi was set up on another mast mounted at the side of the van. A vertical antenna for 30 -10 metres was attached to the railings and all coax feeders were connected to the sockets on the outside of the caravan. Inside the coax leads were distributed to the relevant operating positions.

An Icom 7200 was used for the LF bands and a Yaesu FT897 was used for the VHF/HF bands. Laptops and a dongle put us on the w.w.w. Headset/microphones were used at both operating positions with an optional speaker attached also. The Callsign EI0M/p was the callsign used and the international designator for Blacksod Lighthouse was IE0008.

Meanwhile other members of our club arrived, Gerry EI4GD. John EI8GIB and Brendan EI6IZ to help out with the setup and operations.

While the finer adjustments were been made Jimmy EI2GCB had the food cooking and the beautiful smell attracted the attention of the curious public and the dogs around.

After eating Gerry EI4GD operated the front Hf position and had a pileup on 20m in a few minutes, meanwhile the finishing touches was put to the 6m setup, when we got on air we found the band open to Europe.

A pileup grew with stations looking for the rare square IO44XC. This was from  the rear operating position of the caravan. Some 35 stations were worked from 9 dxcc entity. The 6m opening at that time lasted 30 minutes,  6m was open for a good part of Saturday evening.  After a hour the rear position was require for cw operation on the ILLW event.  A KX3 with a 100w amp was used for the main cw station.

The racket created in the caravan drew the attention of the visiting public that was using the beautiful weather to walk along the sea and the pier, curiosity brought them into the caravan to find out what was going on.

The full tide in the morning did not provide a mackerel for breakfast, even though some early risers had a few fish in their buckets, (it was not for the want of trying but we obviously were using the wrong bait). A road trip was taken by Jimmy and Dominic to a location called Deirbhle’s Twist for some pictures before the pileups started again.  From this point Blackrock Lighthouse could be seen shining in the morning sun. 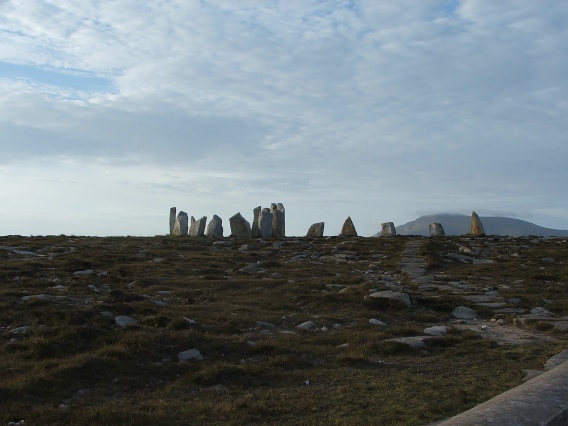 Deirbhle’s Twist in the morning sun 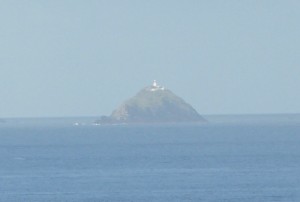 The pan was on early once more and another fry was put up and eaten in the warm morning sunshine. The two stations sprung into life once more with plenty of activity on the bands. Stations were worked all day long with pileups mainly on 20m and 40m.

By17.30.p.m. our mouth and brain were  not communicating properly due to lack of sleep and dehydration, it was decided to started dismantling the stations one at a time, by 19.30 p.m. we had the last few pieces boxed up and back in the vehicles again, we cooked and ate a quick lunch before departing Blacksod Lighthouse once more.

The 2015 Blacksod Lighthouse activation was a great success again and the location was superb. We never had as many visitors asking about our operation, many of whom had never heard of Amateur Radio or the history of the lighthouse.

The caravan and tower worked well and provided an excellent operating environment.  We had over 450 contacts with 40 of them being other lighthouses and light vessels.

We would like to thank Vincent Sweeney, the Lighthouse Keeper, who allowed us the use of the facilities in the Lighthouse, he has been very generous and helpful to us over the years and without his contribution this event would not be possible. 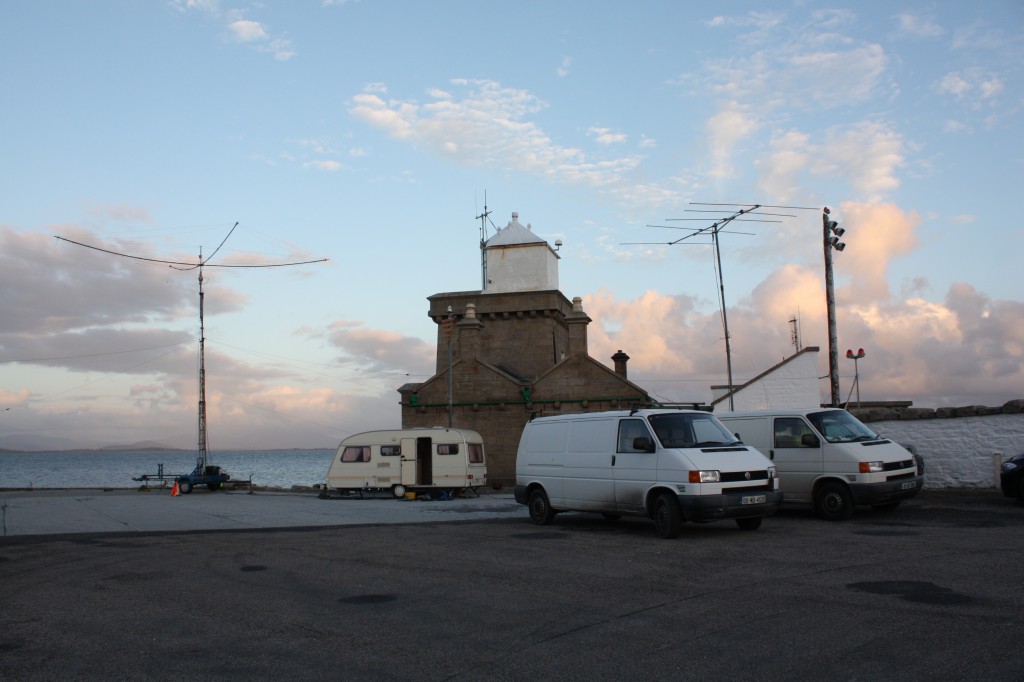 Two of the three antennas in view. The Spider Beam and the Six Metre Beam in operation at Blacksod Lighthouse 2015. 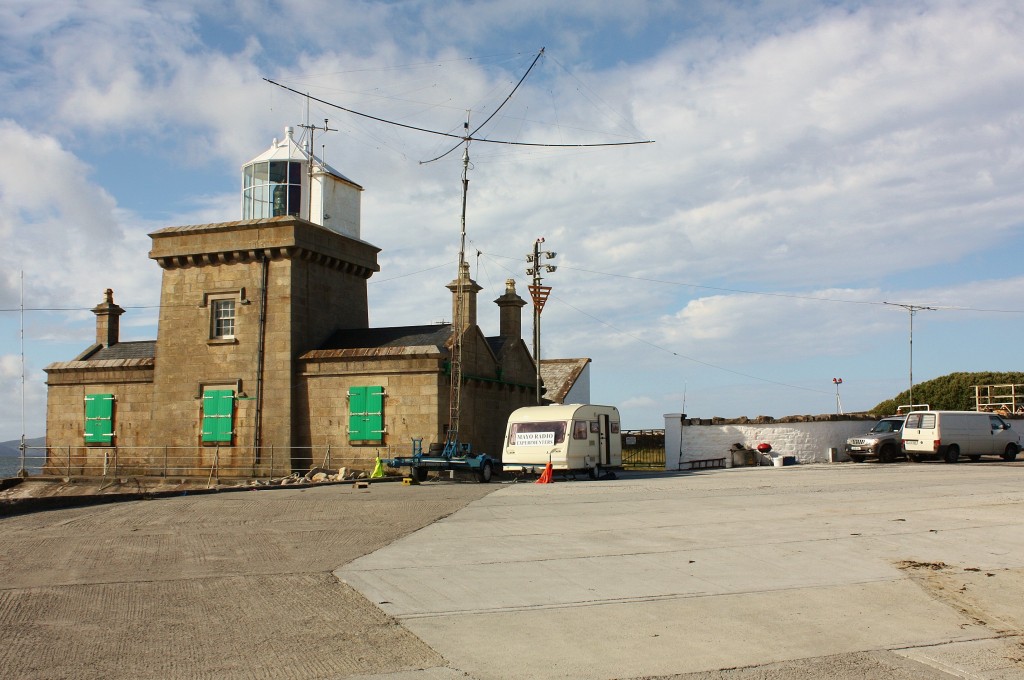 Only the screech of the seagulls and the sound of a pileup on 20m on Sunday morning at Blacksod Lighthouse. ‘Quiet and peaceful’ besides.  🙂 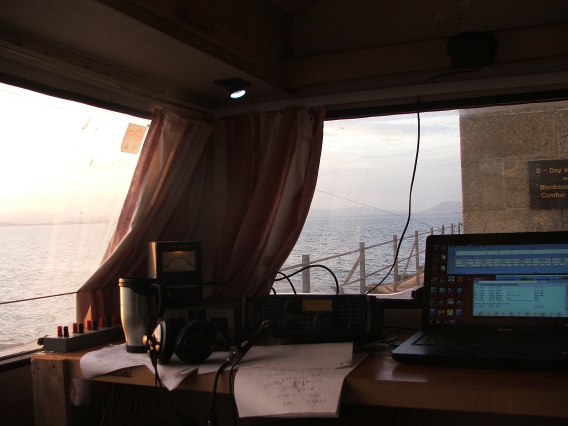