Due to our resounding successes on the high bands over the last few years.  We decide to have another go, will we never learn.  This year I have been playing on 4 and 6 meters at home and the best conditions this far north west seem to be either the morning until midday or at around tea time.  As we wanted run the clubs station at some stage over the event a decision was made to meet at 9am Sunday and run single band restricted on 4 meters. 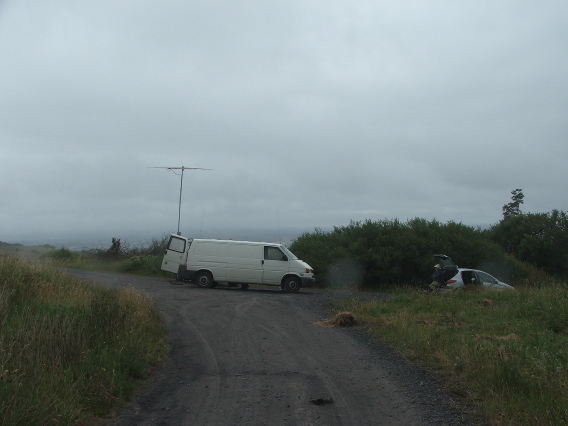 Back to Sleive Carn was the plan.  After many days of hot and dry weather the morning was misty and damp.  The team consisted of Dominic EI9JS, Padraic EI9JA, Pat EI5IX and Jimmy EI2GCB, we all arrived about 9am to set up.  A 5 element beam was attached to a drive on mast, arm-strong method was used for rotating.  A Icom 7300, computer and power supply was set up in the van which acted as a shack.  A new generator was trialed as the old one had given up the ghost on a previous occasion.  The new one performed well with no noise noted on the radio.

Part of the exercise for the morning was to try N1MM software with the spectrum display running.  This did make it easier to find any stations that might be on the band.  The plan was to run until midday as the band has been dropping out then.  The first station we heard was EI9E they weren’t that good of a signal, that did not surprise us as they would be beaming away from us.  A few calls but they did not hear us maybe later.  Traces started to appear on the display, so the hunt was on, stations from G and GM were worked.  The Scottish stations stayed strong during the entire time we were active there was a good path in that direction.  We managed to get EI9E’s attention so they turned there beams least we got them in the log.  There was no sporadic all the contact seem to be on tropo.  After all that we worked 13 stations this was 13 more than last year the best distance being Spain.  As the 4 meters was staring to lose propagation we ran FT8 mode to see what could be caught.  A few stations were worked and a contact into the Canary’s was a high lite for the morning.  During the morning some of the club members came to visit the station and try the equipment.  As the morning went on the sun broke through and it began warming.  When we pulled camp it was getting very hot so the timing was about right.  The team and the dogs hand a great time and a lot of different ways operating was tested for the next time.

The rally was held in the share center which is a annual event.  There is normal a good attendance from the club, this being it is one of the nearest held. 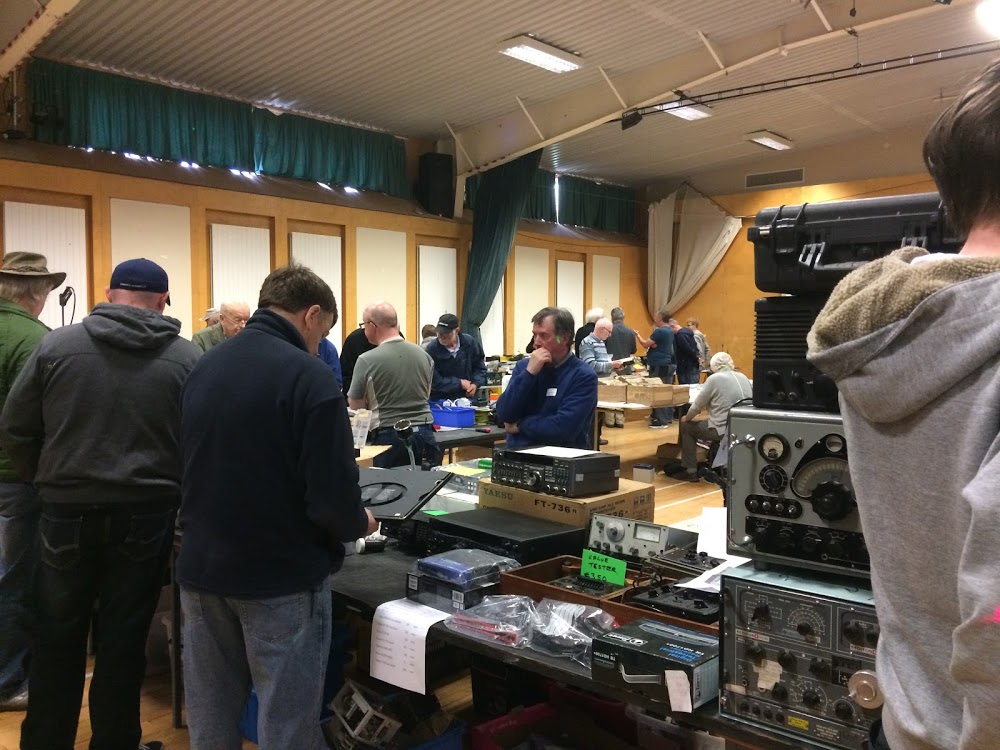 The club had a large table of usefull and interesting stuff for sale on the day.  the weather was good and every body had a great time.