The second 40m counties contest was held this Sunday. The weather and band conditions turn out well for the day.  This was a surprise as the rest of the year had been a struggle for any radio conditions.  Club team on the day was Jimmy Padraig and Dominic, equipment was the now mandatory Icom IC 7300 connected to a doublet dipole antenna.  This contest dxcc enties were added to the score to help if the band went long.  As it happened the band performed well and a good selection of contacts worked. 24 counties and 5 dxcc’s were work by our self’s.  After the contest was finished we operated EI44WAW for an hour as skip was short gave a few more local stations a chance to get WAW in the log.  For a few more pictures click on the image below. 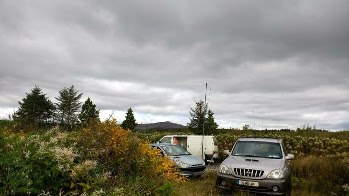 As predicted the conditions for the weekend were horrible.  Even the big guns like EI9E found it a struggle.  With being located so far north west the VHF bands need to be wide open for us to have any chance, they weren’t.  Still the hardy few thought OK we would have a go, so we set up a few bits on the Saturday afternoon.  We soon gave up the idea of entering the contest and used the hours for some antenna tests.  We did work some local stations and EI9E on 6m nothing on 4m and a local station on 23cm. the bands were very dead even lacking any cw or jt65, you would expect to work some but nothing was to be heard.

The decision was made to dismantle the station before dark and the midges came out. At least the evening stayed dry.  We also ironed some more niggles out of the clubs equipment so it is easer for the next outing. 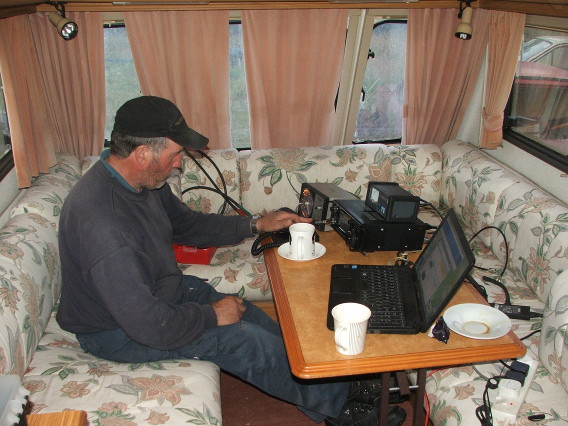 Click on image for a few more of the day

The club took part in the cw field day this year running as EI0M/p.  The station equipment was the clubs portable tower supporting a doublet antenna, this was connected to a balanced tuner. radio used was the clubs ICOM.  Conditions were difficult as it has been for this year so far.  Even so contacts were made on all bands. 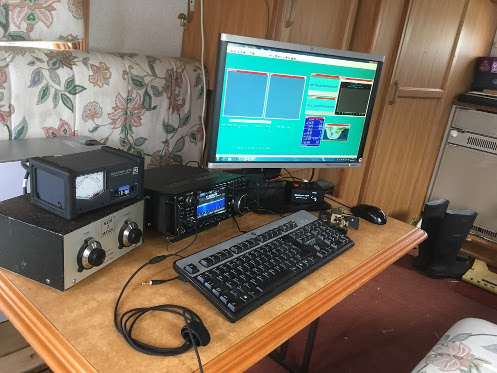 The IRTS 40 meters contest was held on the 7th of may.  As with the rest of this year the conditions were very bad for high angle local contacts.  So a plan was hatched to get some operation of the clubs station.  It was decided to run EI44WAW so as to give some contacts to any one partaking in the contest and also activate the call sign. 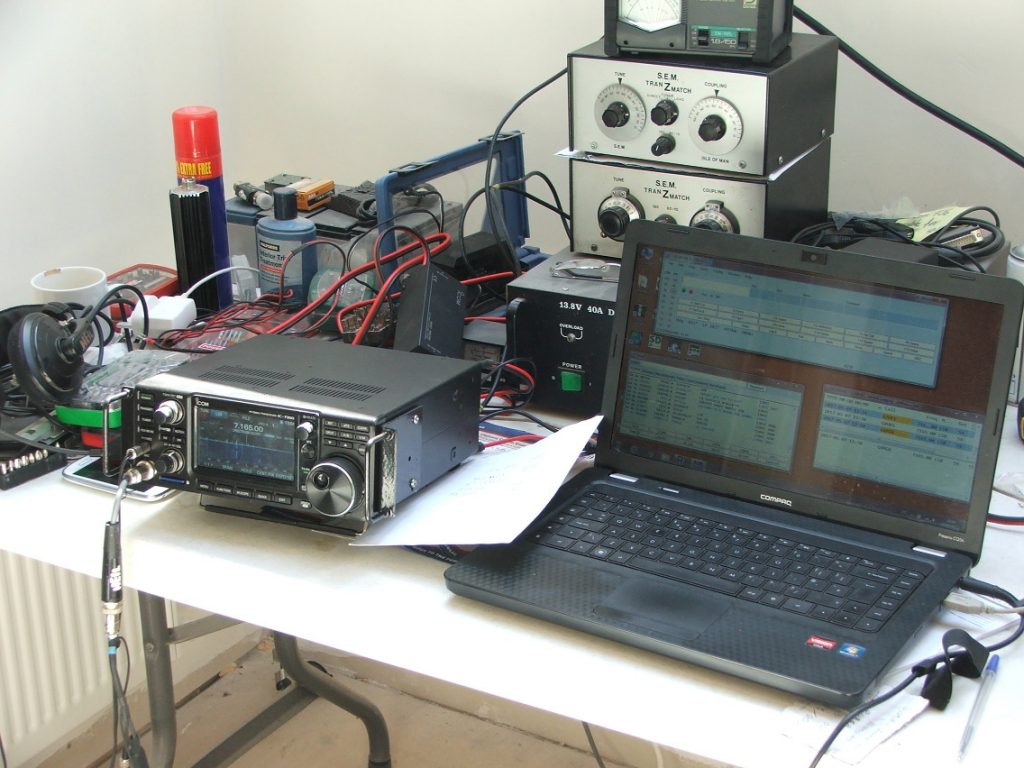 Conditions as expected were grim with only 30 contact made!.  One of the club members had obtained some ATU’s and a SWR meter so the day was a good chance to put them through there paces.